skip to main | skip to sidebar

I read that you should write down your New Year's Resolutions. Writing down your goals seems to solidify the intent, and since resolutions are goals... Paul Harvey? Rest of story please!

I wonder if typing them counts.

I read that your resolutions should be specific. I have many character weaknesses. Specifically, specificity is one of them. In general, vagueness might be considered a trait. Ambiguity is one thing humans can do! I would work more on my ambivalence if I weren't so apathetic.

I followed none of those suggestions for 2008. My Resolution, about which I told no one, was basically just hoping 2008 would be better than 2007. 2007 was rough. I told no one. I didn't write it down, and it was not exactly specific.

I figured out that for 2008 to be better, I was going to have to start with myself. I was going to have to be more positive. With my family's help, I think I did that. I significantly decreased my gloomy economic news. The media has taken those reigns from me. Sorry about that. The four of us are much more positive now. Even though we are worse off financially, we are much happier. [Please send cash.]

2. Fresh Air - I want to get back in the woods, back on the mountains, back in the water. I want to take my family camping, hiking, fishing and climbing. Anyone have a big tent I can borrow? Hopefully the bike training will make my hiking easier.

3. Music - I'd like to play, write, perform, record, help record [Glenn!], even Deejay. Did I mention write? I don't even want to get paid. [Telling the truth is not one of this year's resolutions.]

4. Give More - Giving more in 2008 helped with my positivity. My Wife is very giving and caring, so giving more should be easy. We increased our monthly contribution to St. Jude's. We helped with a couple fund raisers. [Do bike rallies count? They are always for charities.] The hard part here is having something to give. I used to say that you can't give what you don't have, but I know longer believe that is true. Darren has proved this for a couple years. He's gathered literally tons of food to help feed local hungry folks. My wife I did try to organize a Trike-a-Thon for next year. We did not get the help we expected from the day care, so we'll have to formulate a Plan B. I will need to make gradual changes to increase my means to give. That means I'll need extra sources of income and time, which both mean I'll need to do something about my current place of employment. I love the consistency here though. Less time commuting and working for Da Man, will not only allow more time for giving, it will also give me more time for Training, fresh air and music.

In conclusion, it is January 7, and I haven't posted my first annual New Year's Revolution post yet. I stop now. I post now.
Posted by shayne at 8:51 AM 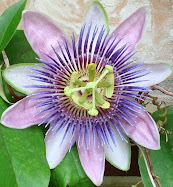